In Between is Not Other.. It's BOTH

I think one thing that is important to clarify... even to those that find themselves "in between" on political issues or other things.. is that in between doesn't mean OTHER... it's not a 3rd option, even though many like to choose that identity to try to draw connections to others and such.  You see this in LGBTQ community... literally CALLING themselves another community.. as well as those that are being rejected by one group or another.  However, doing so not only serves to confuse themselves but others in trying to relate to you.

I am politically independent... like REALLY.. not by choice but by my opinion choices.  I find myself approving of things on both sides, so it's not just from not wanting to BE political.  Those would be A-political, just as A-sexual people don't want sex with ANYONE.  However, someone that IS wanting to be involved but just happens to share characteristics of more than one group often finds themselves being rejected by both sides... not because they fail to share things with them but because they share things with another group, as well.

However, I'm not anti... either.  I'm not anti conservative or anti liberal, even though I have criticism for both, because I support some positions that each group promotes.  I think that ANY reasoning individual would have to find themselves in such a state over one position or another.  Indeed, I think that many WITHIN each political group ... if they were honest... would say they are not 100% on board with the platforms of their party, even if it has become nearly impossible for people to speak up within their parties.  Indeed, this reality is one reason that I have not fully taken on the non binary label for my gender, even though I have said that I didn't really fit in the stereotype of men.  Because, on a gender level, there ARE some things within myself that is masculine... obviously.. and some things that don't fit the current definition.  However, that doesn't mean that I'm ready to jump ship or call myself something new, because... the reality is that I'm NOT a 100% new gender, even though I respect those that choose to think that way.  Everyone has a different way to define and develop themselves, and I support everyone's choices to do it... whether that be GENDER or POLITICS.

However, the more we separate ourselves by where we differ, the more difficult it becomes to talk and work on where we agree.  So, I just thought it important to post this to say that with my politics, I'm not AGAINST both party voters, even if I post my criticism more than my promotions.  I am independent, because I AGREE with both of the parties, and my hope is that this overlap would grow large enough to bring our wounded nation together. 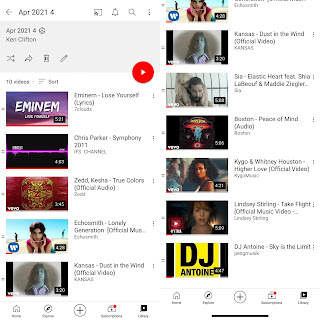 Don’t Need It or It Won’t Matter

So, another issues post... this one on a reality that is ignored by both parties in their delusions.  The truth behind wealth inequality.

I said both sides, and you might be thinking it’s a Democrat message to talk about wealth inequality.  That’s true, but that’s because they are only after money.. and that’s the problem.

Let’s talk about the two sides under the headings “don’t need it” and “it won’t matter.”

So, on one side, you have those that have money, credit, and college access without student loans.  The problem is... they don’t actually need them as much.  In many cases, the rich get things as a perk from apartments, restaurants, etc..free.  Credit it routinely given to those with assets to pay.  But, they HAVE the assets and so don’t need credit.  Finally, they CAN get a degree, but the reality is the kids of the rich have access to their daddy’s business often.. and others give their kids jobs (or wives) to gain favor of the dad for his money... I.e. Hunter Biden.

On the other side, the poor don’t have money, credit, or schools, so the Democrats offer that to the poor in terms of government benefits, government loans, or student loans.  However, if you are on government benefits, it is usually a strike against you for housing and location.  For each of the types of loans, you can either start a business or go to school, but since you are repaying the loan, you at best can earn enough to pay the loans on interest and net barely over non loan income.  At worst, you will find the degree or loan doesn’t matter without connections or experience and find yourself buried in debt.

We need to recognize these realities and stop assuming everyone is on equal footing, and we need to stop using hope from debt to pay for more debt and provide REAL opportunities for those that are willing to put forth the effort to rise.

Happy in Between Age Groups

I hope in all my posts that I help you realize that it's ok to just be yourself, without fitting into a stereotype or a mold.  We spend so much time trying to become something that is really just an illusion that millions of others are also TRYING to become.  Even trans people are desperately trying to look like the magazine woman or man and feeling bad from the failures, when even WOMEN and MEN are desperately trying to look like them and feeling bad at the failures, as well.  It just takes up so much of our time and energy, much like trying to get a relationship, that is better spent on ourselves.

For today's "in between" I wanted to talk about something else that is not discussed, because so one wants to admit to being within the issue.... age groups.

I was delivering alcohol to a house this last week, and I had to put in her birthdate, which happened to be my month and day, as well.  This caused a discussion, and she noted that I was nearly 50.  I told her that I used to have a problem with that, but I'm feeling more and more that I'm ready to BE that, to which she replied... "a grown up?"

Of course, I have been living the life of an older "grown up" for quite some time, but we keep trying to not only not own our maturity as we age that we miss the quality of the aging.  No one drinks young wine, and a "classic" is always a thing of value.  Yet, in all of our desires to return to younger years, we miss the confidence and quality of BEING experienced, until we have few years left to enjoy it.

The fact is that I've lived the life, experienced the highs and lows, successes and struggles, etc.  However, I'm not to the point where I can rest in retirement, either.  I'm IN BETWEEN, as many of us are.  Indeed, there are a LOT of us in between.... almost like a number worthy of a group ha.

No matter what age you are, you ARE part of a group .... of people pretending to not be their age.  Imagine how peaceful life would be if you stopped stressing over being something else for someone else and just living in the truth of not only your experience but your bodily limitations and just said with a soft victory... I'm getting older, as you wake up with your normal aches and pains and go to bed at 9:30.  The ache means you have survived, and many more reminders are in the years to come.  Or, it could be growing pains of still trying to be older, if you are young.  But for now, accept them as you plug along and enjoy ...acting your age.

Happy IN BETWEEN Romances

For my next Happy in Between feature (showing you don't have to choose a side or a stereotype), I want to focus on the pressures that exist to be in a relationship and the derision that is given to those that are single.

Many women know this truth very well, as it is more true for them in our society.  They start growing older and get to their 20s and start to feel more and more pressure to be in a relationship.  It's not just the "baby factory" pressure of having children from relatives and peers, while their body is still more capable of doing it.  It's also the fact that past a certain point BOTH sexes face different types of condemnation for being single.  This is a truth that is noted in such series as Downton Abbey with their daughters in times past, but it is still true, today.  A woman that is still single in her 30s is deemed either incapable of having romance or is seen as an oddity.  A man that is still single in his 30s is seen as either a loser or is incapable of settling down.

So, they make the best of it and pick someone...anyone that seems like they might fit the bill.  Then, over time, they might realize the person is not just a bad match for their love languages but is actually a toxic environment to their mental health or worse.  So, they leave out of love for themselves, or they find themselves on the receiving end of that leaving.  All over again, they are.... broken... incomplete... odd.

This leads to the cycle beginning again, and there is a MASSIVE online dating industry built on this false premise... that you must be with someone to be complete or good enough for society.  Every date is an opportunity for "happiness" and every failure leads the participant further down the depression hole of feeling not good enough.  Instead of helping the person leaving a relationship for feeling unloved and inadequate, they collect money from the participants to KEEP them feeling unloved and inadequate.

Meanwhile.... the truth is they were never inadequate for being themselves, and they had the ability to love THEMSELVES, every day.  The truth is that they were spending a lot of money and time trying to find someone that saw their value and feeding a desperate low self esteem of changing themselves and lowering their standards to try to be good enough for SOMEONE and thus... igniting the cycle of self destruction; rather than using that time and money to enhance themselves and enjoy themselves... FOR THEMSELVES.  You can't fill someone else's cup, if you have emptied yourself.

So, don't feel bad being single.  Every year women's magazines note the acronym SAD for singles awareness day, and society WANTS you to feel you NEED romance of someone else to feel good about yourselves.  However, that is only true if we BELIEVE the false narrative.  Someone that chooses NOT to believe it can feel good about themselves WITHOUT someone else noticing or validating the truth, and that is an independence we ALL could use. 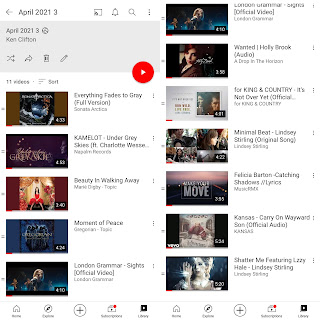